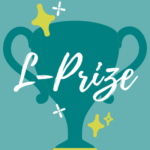 The Department of Energy wants to significantly stimulate the efficiency of commercial lighting products. A decade ago, their original Lighting Prize revolutionized screw-in bulbs. Now the current competition is even more ambitious: a multi-year project with serious money, hoping “to unlock the … future of illumination in commercial and institutional buildings.” It’s come along since last summer when we covered the initial announcement (https://www.freddaviscorp.com/l-prize-now-and-then/).

Over the years, the development of LED technology has been guided and corrected through smart federal policy; who knows quite where the marketplace would be without that strong government engagement. Today, manufacturers continue to introduce innovative LED products, moving efficiency along, albeit slowly and incrementally. So we are interested to see what role this particular DOE program will play; we hope it provides a substantial lift for the field. As we said last year, we see potential for “tremendous energy-savings, in watts and hours, from the right balance of efficacy and controls.”

This L-Prize competition has another three years, but here’s an update. At the beginning of this year, DOE announced four winners of Phase 1: the Concept Phase. Then earlier this summer, DOE opened Phase 2: the Prototype Phase.

Who are the winners of the Concept Phase?

It appears there were six submissions, four of which were awarded $20,000 each:

What do we know about these product ‘concepts’?

Even with a requirement to provide complete technical information, only limited data is being made publicly available. We understand these are still concepts and might entail some proprietary aspects, but still, we wish that the competition made it a requirement to share some basic data. As it is, here’s what we see about each.

Laterally Symmetric Level-3 Engine
This submission is a template for a 3D-printed semi-indirect luminaire of >160 LPW. The fixture is designed for hidden applications and utilizes on-board optics to eliminate the need for diffusers.

Papaya Modular Lighting Ecosystem
This product was submitted by a team from outside the lighting industry. The modular design uses an open-sourced platform and is made from biodegradable plastics and recyclable metals.

Only two of the four submissions mention LPW in the publicly available documentation. We hope the other two are just as, or even more, efficient.

What are our opinions on these concepts?

From the available information, we are most excited about Orion Energy Systems’ submission. Not only does it have an impressive 180LPW efficacy, but it also has a familiar style: it looks just like a standard troffer! There should be no learning curve for a commercial consumer making a one-for-one conversion.

Let’s go one step further and compare wattage before and after. Looking at the lumen output of the Orion unit, it is comparable to a 2-32WT8 lamp fixture. The system wattage for an electronically ballasted 2-lamp 4-ft fixture is approximately 58w (depending on the exact ballast). The Orion retrofit doesn’t list wattage, but it does list lumens of 2938 and LPW of 180, so that implies a wattage of 16. That’s an impressive 72% savings over fluorescent.

The only problem we’d point out: the best-LED fixtures on the market today are not far behind those levels. Right now, a few fixtures are ranging between 18.5 to 22.5 watts for similar lumen output. So the Orion concept is still a 15-29% savings over LED fixtures available today, but we’d like to see this competition pushing the envelope much more. As we said last year, we’d love it if DOE were requiring fixtures to achieve 200 LPW or better. They currently only require 150LPW (but grant additional points for achieving greater).

Orion actually recently brought to market a similar product, and they confirmed with us that it is a modified version of the L-Prize concept that they submitted. That currently-available version is a lower efficiency, of 158 LPW. So, perhaps we’re already seeing this L-Prize competition positively impacting the lighting industry.

Next: the Prototype Phase, and beyond.

After the concept comes the prototype phase. The Prototype Phase of the competition uses the same base criteria as the Concept Phase but is separated into two tracks. Competitors may submit for the luminaire track, the connected systems track, or both. For each product, three working prototypes must be provided by May 2023. The anticipated award for this phase is July 2023. This gives just a month and a half for judging, the same amount of time given to judge the first phase. But we wonder if DOE will have time to do independent testing to verify, or will they just accept reports by the competitors?

After prototype, the third phase of the competition will be the manufacturing and installation phase where submissions will “demonstrate real-world viability”. The whole L-prize effort won’t be completed until 2025.

Over a decade ago, the original L-Prize competition succeeded in ushering in profound and permanent paradigm shift in the efficiency of screw-in lamps. Let’s hope that today’s impressive federal investment will lead to a similarly significant jump in efficiency, this time in commercial lighting.