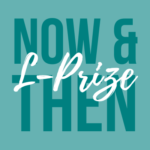 The U.S. Department of Energy recently announced a second “Lighting Prize” (L-Prize) competition. It was ten years ago that the winner of the first and only previous L-Prize was announced. With the new news, we thought it would be enlightening to compare the L-Prize now and then.

We covered the first L-Prize in e-newsletters back in 2011. The innovative effort was an attempt to spur lamp manufacturers to devise an LED “super bulb” that would achieve an unheard-of efficiency of 90 lumens per watt (lpw). Also required: long-life, high color-quality (90 CRI), and 900 lumens. A screw-in LED “60w equivalent” running at 10 watts or less was an unimaginable feat in 2009 when the competition was announced. Even two years later, the best LED screw-in lamp listed by EnergyStar was only 62 lpw. At that point, the best screw-in LED was still below the 71 lpw level of the common compact fluorescent spirals.

What was the result, and how does that compare today?

The L-Prize competition succeeded! Philips produced a bulb to meet all of DOE’s requirements. Today we can go to our ’museum’ shelf where, under a bit of dust, we find one of those original L-Prize lamps: 940 lumens, 10 watts. That 94 lpw level was a sudden 50% efficacy jump from then-available LEDs, and 32% beyond CFL technology. The L-Prize of 2011 was an unmitigated success. DOE’s effort ensured the effort wasn’t concept-only, by requiring a certain high quantity be produced, and a certain number of real installations. Soon, other manufacturers were competing in the market for LED screw-ins. CFL lamps were permanently surpassed in efficiency within a couple of years. Today, LED screw-in lamps have achieved even greater efficacy. Pictured on the right is a best-efficiency LED lamp of current vintage (800 lumens, 7 watts, 114 lpw).

What about the brand-new L-Prize competition?

This time, the L-Prize is not about screw-in lamps or the residential market. It is focused on pushing the latest developments in the commercial fixture market. Federal R&D funds have been flowing into this sector in recent years. Now, in this competition, DOE “seeks to unlock the additional potential to combine high-luminaire efficacy with exceptional lighting quality, data-driven control and functionality, innovative design, construction, and grid flexibility for the future of illumination in commercial and institutional buildings.”

As fans of the first L-Prize and what it did to push the industry, we were excited to see the announcement of the new L-Prize. Until we got into the specifics. DOE is seeking products with a minimum fixture efficiency of 150 lpw. Now if we were still talking about screw-in lamps, that would be an impressive jump. With LED fixtures, not as much. On one hand, 150 lpw is near the top end of current efficiency. But already in today’s market, hundreds of commercial fixture models are achieving efficiencies a bit above that.

DOE could have set the bar higher in minimum efficacy today; an ambitious threshold now might be 200 lpw. The first L-Prize dared the industry to make a dramatic jump and we would hope this L-Prize would dare the same.

Now it’s still possible such a level might be reached: the efficacy category offers a ten-point award for 200 lpw or greater. Since the maximum score is 46 points, hopefully that’s sufficient incentive if the technology can get there.

We envisage tremendous energy-savings, in watts and hours, from the right balance of efficacy and controls.

We’ll be hoping there’s one or more companies with the right combination of ingenuity, R&D, and competitive drive to impressively ratchet up the whole market. Again!